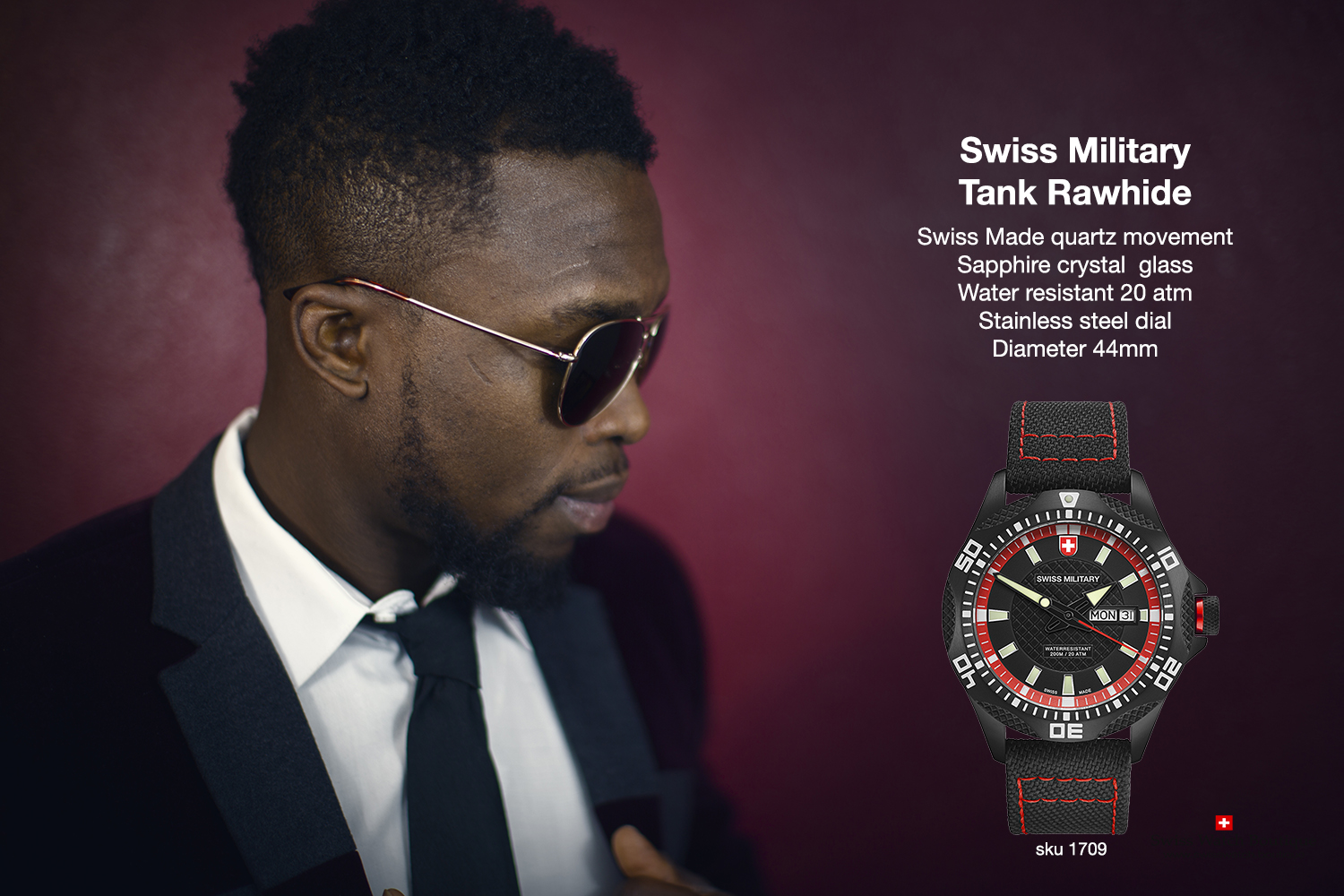 Initiated by Winston Churchill himself the armoured car or tank was introduced by the British Army during the Great War, the First World War. Initially developed to overcome the stalemate in the trenches in Europe the tank has since become an invaluable and strategically decisive part of any armed force. The name “tank” goes back the British Army’s attempt to hide the purpose of these vehicles – officially they were meant to be but mere water carrying vessels, hence “tanks”. Our model TANK – water resistant to 200 meters – is as rugged as its namesakes; the Milanese bracelet resembles the tracks while the heavy structure of the unidirectional bezel was shaped after a turret. The pattern of the bezel is repeated on the two-tone dial and the highly accurate quartz movement displays both day and date

So whats so great about this Swiss Watch …

First, its Swiss Made by CX Swiss Military a company known for its reputation for making ‘instruments for professionals’
Second, its designed beautifully, to match the rough-and-tough life blending with style and elegance
And most importantly, with a retail price of around Euro 500,00 it’s available at our Boutique for around Euro 250,00 a perfect value for money